Particle has a wide variety of cellular devices to suit many applications. There's a handy table at the end to help you device what's the best device for your application, but some explanation is in order first as there are a number of decisions to make! 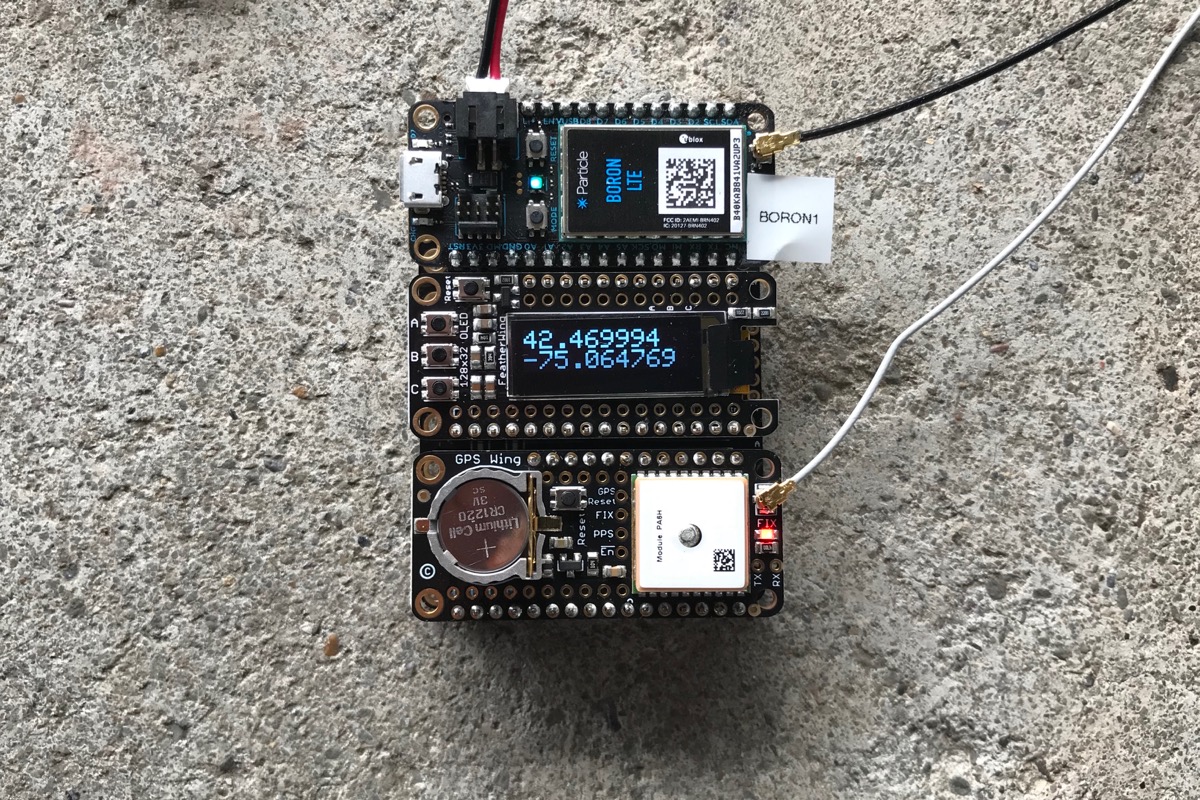 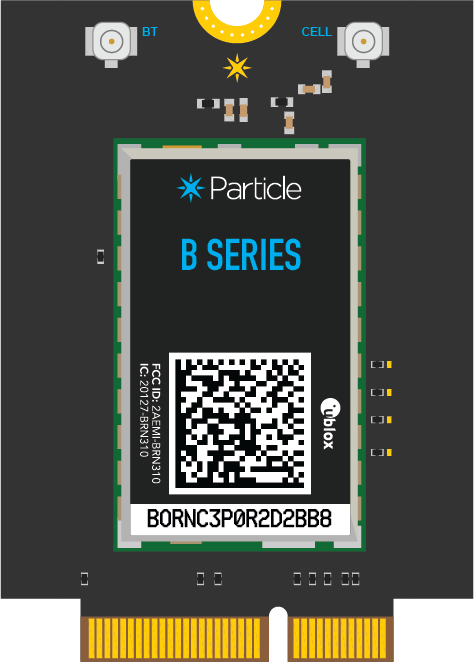 One of the benefits is that many of the extra features on the Boron have been omitted from the SoM, so you can implement a custom solution as necessary. For example, rather than duplicating the buttons and status LED on the SoM, you can put them on an external control panel for your product, or omit them entirely.

The Electron is the 2nd-generation cellular device in a prototyping form factor. It is designed to easily plug into a solderless breadboard, or can be installed in a socket on your own circuit board. 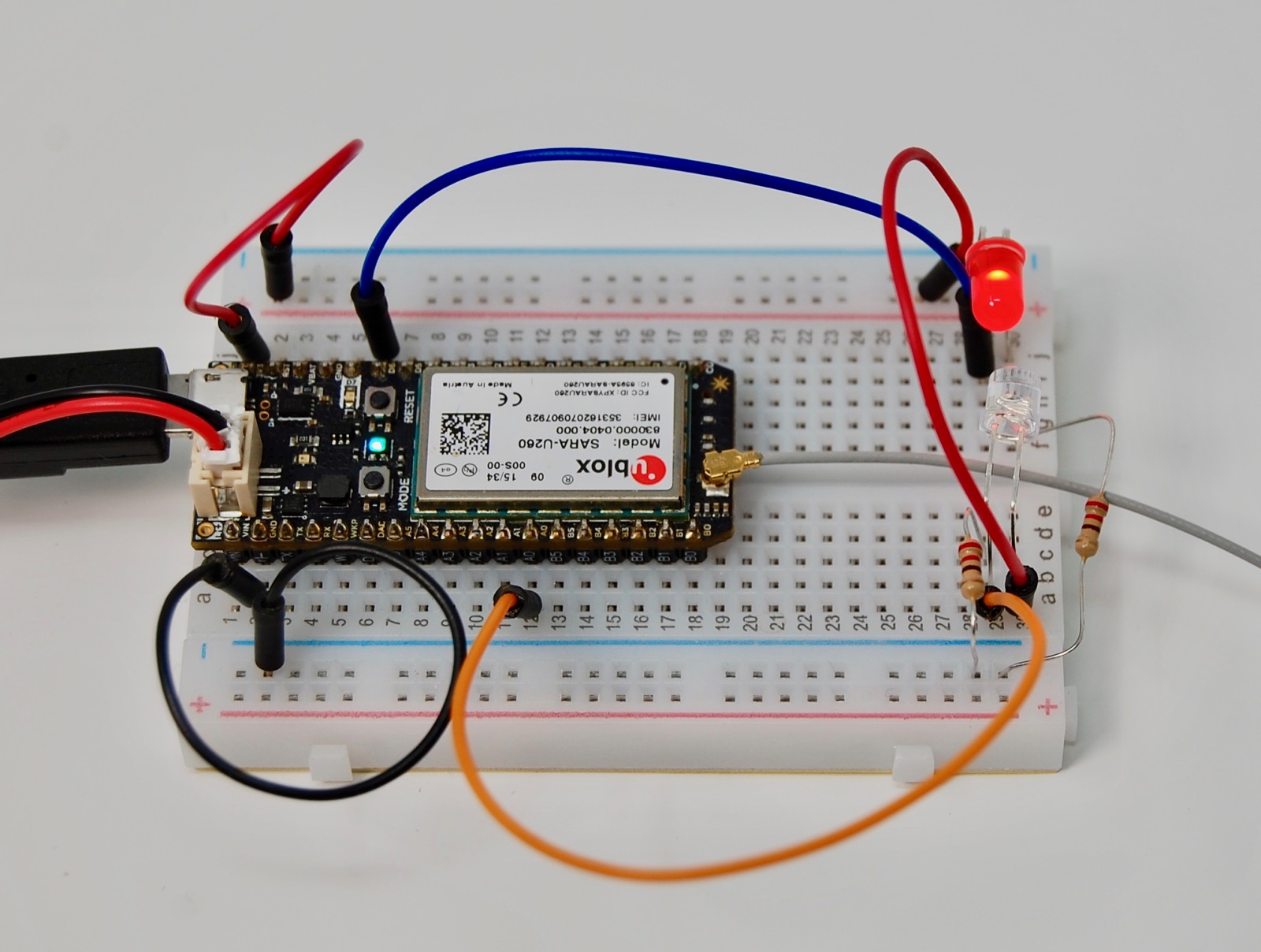 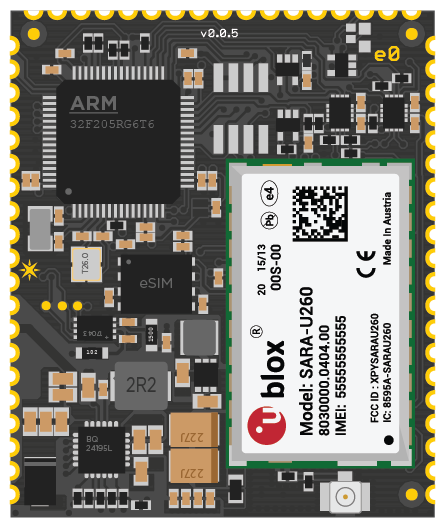 The Particle SIM supports many carriers around the world. The list of mobile carriers is the complete list, however it's important to note that there are different Particle SIM cards that support a different set of carriers:

There are two different kinds of SIM cards, depending on the device.

Non-LTE Particle SIM cards support world-wide roaming. However there may be limitations based on the radio on the device.

1The Boron LTE can be used with a 3rd-party SIM card in areas outside of the United States, Canada, and Mexico at this time. This is not officially supported, but has been known to work.

2The Electron 2G cannot be used in locations that no longer have 2G service. Some countries include: Australia, Japan, Korea, Singapore, and Taiwan. In the United States, 2G services is only available on T-Mobile, and only through the end of 2020. In some other countries, including Switzerland and New Zealand, the Electron 2G can only be used with a 3rd-party SIM card, not with the included Particle SIM card.

3The U260 model supports 850/1900 MHz for both 3G (UMTS/HSPA) and 2G (GPRS/EDGE). These are the frequencies typically used in the Americas, but there are exceptions.

For example, in Australia, we recommend the U260 because the carrier used by the Particle SIM, Telstra uses 850 MHz. However, if you are using a 3rd-party SIM from Optus, you'll need the U270 because Optus uses 900/2100 MHz.

In Uruguay, the carrier used by the Particle SIM, Movistar, uses 1900 MHz so the U260 Americas model is the correct one. If you're using an Antel 3rd-party SIM, however, that uses 2100 MHz you you'll nee the U270 model, instead.

5The B Series B402, E Series LTE, and Electron LTE cannot be used outside of the United States, Canada, and Mexico at this time.

Some Particle devices are compatible with 3rd-party SIM cards.

There are limitations on using 3rd-party SIM cards in large product deployments. If you think you will need to use a 3rd-party SIM you should contact sales for additional information.

There are three main varieties of LTE service:

At this time, Particle is unable to provide worldwide roaming for LTE Cat M1 devices using the Particle SIM and they can only be used in the United States, Canada, and Mexico.

B Series B523 SoM is LTE Cat 1 with 2G/3G fallback, and is only compatible with European networks at this time. The Quectel EG91-E module on this device also supports 3G and 2G fallback. Note that the EG91-E is too large to fit in the Boron (Adafruit Feather), Electron, or E Series module, so it will only be available in the M.2 SoM form-factor.

The Tracker SoM T523 is also LTE Cat 1 with 2G/3G fallback, with a Quectel EG91-EX module, and will support the EMEAA region when released.

In the United States, Particle devices use LTE Cat M1 on the AT&T network. In all locations that AT&T supports LTE on their own network (not roaming and not a partner carrier), LTE Cat M1 should also be supported.

In Mexico, AT&T Mexico is used for LTE Cat M1.

In Canada, any of Rogers, Telus, or Bell is used for LTE Cat M1.

LTE Cat 1 is most similar to phone LTE, and should work in all areas with LTE phone data coverage, subject to region and carrier compatibility.

The following devices use LTE Cat 1:

The following bands are supported:

Carriers around the world periodically shut down older networks to reallocate the frequencies and tower space to new technologies like LTE and 5G.

The list below is not complete; you should check with the carrier in your area to be sure of sunset, decommissioning, or shutdown dates.

AT&T deactivated their 2G network at the end of 2016. Electron 2G devices can only use T-Mobile at this time.

AT&T's 3G shutdown should occur in early 2022. After this occurs, the Electron U260 and E Series E310 will only connect to T-Mobile in the United States.

T-Mobile will begin to reallocate 3G spectrum in March 2020 so there could be reduced coverage. T-Mobile will deactivate their 2G network at the end of 2020.

The Boron 2G/3G only connects to T-Mobile in the United States already (it cannot connect to AT&T using the built-in MFF2 Particle SIM).

In the United States we strongly recommend using LTE Cat M1. AT&T has committed to supporting the LTE network at least through the end of 2027.

In some European countries, they're phasing out 3G and instead keeping 2G and LTE networks. All of the Particle 3G cellular devices can also connect to 2G networks, so compatibility will be maintained.

In Australia, there is no longer 2G service on any carrier and the Electron 2G cannot be used.

The Electron and E Series use Telstra in Australia. They intend to shut down their 3G network at mid 2024. At that point, the Electron can only be used with a 3rd-party SIM card and the E Series will no longer work.

The Boron 2G/3G uses Vodafone in Australia. They have not announced a 3G shutdown date.

1Can use only with a 3rd-party SIM card.

The Electron and E Series use Rogers in Canada:

These countries cannot use 2G (Electron 2G) with the included Particle SIM card. They can only use a 3rd-party SIM card:

These countries have a scheduled end to 2G service when using the Particle SIM card:

These countries cannot use the Electron 2G at all:

1 MFF2 SMD Particle SIM card. It's soldered to the board and is not reprogrammable.