In this session, you'll explore the Particle ecosystem via an Argon-powered Grove Starter Kit for Particle Mesh with several sensors!

Tip: Go back to the source
If you get stuck at any point during this session, click here for the completed, working source.

If you pull this sample code into Workbench, don't forget to install the relevant libraries using the instructions below!

Configuring the workspace for your device

The Grove Starter Kit for Particle Mesh comes with seven different components that work out-of-the-box with Particle Mesh devices, and a Grove Shield that allows you to plug in your Feather-compatible Mesh devices for quick prototyping. The shield houses eight Grove ports that support all types of Grove accessories. For more information about the kit, click here.

For this lab, you'll need the following items from the kit:

Note: Sourcing components
You won't need every sensor that comes with the Particle Starter Kit for Mesh for this project; however, the sensors that aren't used for this build, are used in other Particle Workshops and tutorials.

Now, you're ready to start using your first Grove component!

Working with Particle Variables plus the Temperature & Humidity Sensor

The Particle Device OS provides a simple way to access sensor values and device local state through the variable primitive. Registering an item of firmware state as a variable enables you to retrieve that state from the Particle Device Cloud. Let's explore this now with the help of the Grove Temperature and Humidity sensor. 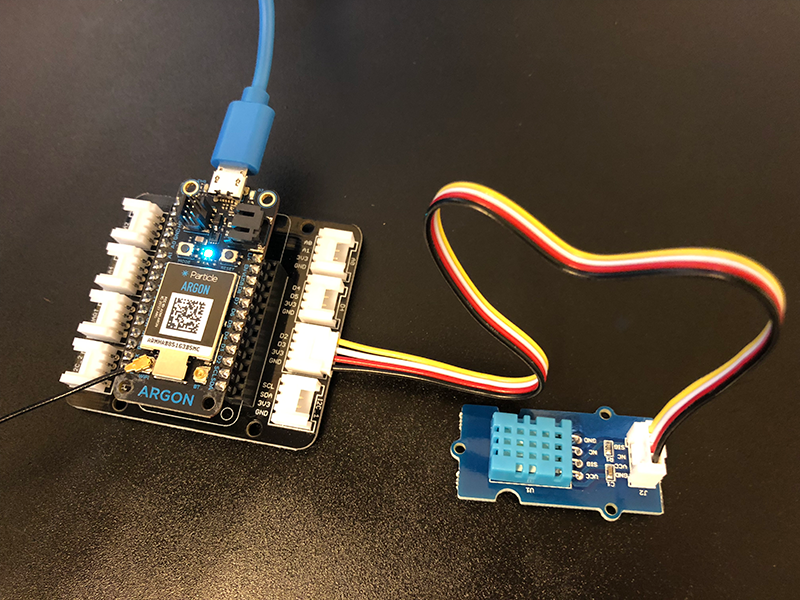 To read from the temperature sensor, you'll use a firmware library, which abstracts away many of the complexities of dealing with this device. That means you don't have to reading from the sensor directly or dealing with conversions, and can instead call functions like getHumidity and getTempFarenheit.

Read from the sensor

Now that you've connected the sensor, let's sprinkle in some Particle goodness.

Accessing Particle variables from the Console

Now that you've mastered Particle variables for reading sensor data, let's look at how you can use the function primitive to trigger an action on the device.

Working with Particle Functions and the Chainable LED

As with Particle variables, the function primitive exposes our device to the Particle Device Cloud. Where variables expose state, functions expose actions.

In this section, you'll use the Grove Chainable LED and the Particle.function command to take a heart-rate reading, on demand.

Turning on the Chainable LED

Calling Particle functions from the console

Working with Particle Publish & Subscribe plus a light sensor

For the final section of this lab, you're going to explore the Particle pub/sub primitives, which allows inter-device (and app!) messaging through the Particle Device Cloud. You'll use the light sensor and publish messages to all listeners when light is detected. 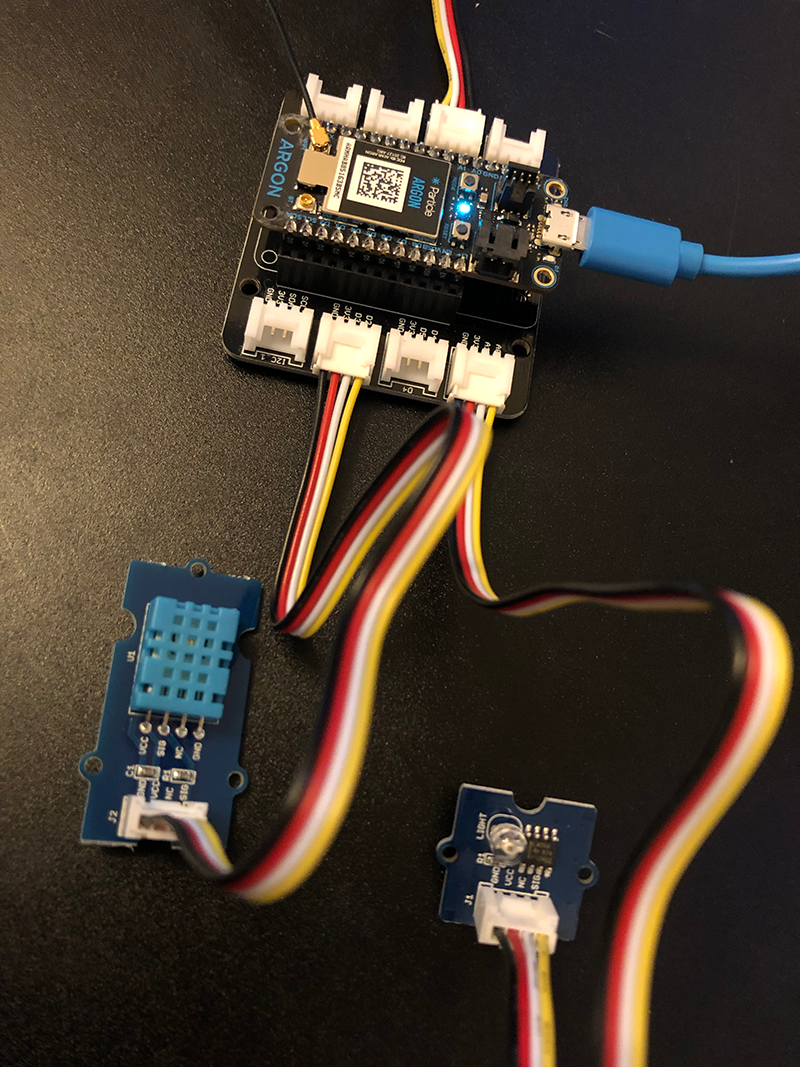 Let's set-up the sensor on the firmware side so that you can use it in our project. The light sensor is an analog device, so configuring it is easy, no library needed.

Subscribing to published messages from the Particle CLI

In addition to viewing published messages from the console, you can subscribe to them using Particle.subscribe on another device, or use the Device Cloud API to subscribe to messages in an app. Let's use the Particle CLI to view messages as they come across.

If you've gotten this far and still have some time on your hands, how about some extra credit? So far, everything you've created has been isolated to a single device, a Particle Argon. Particle 3rd generation devices come with built-in mesh-networking capabilities.

This section contains links and resources for the Grove sensors included in the Grove Starter Kit for Particle Mesh.