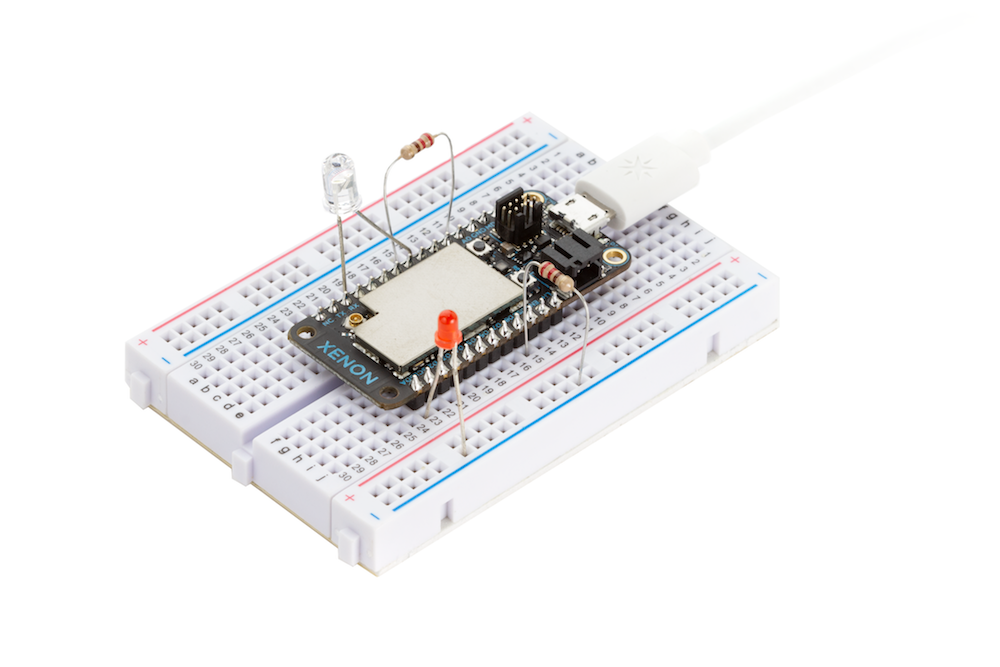 The Xenon has been discontinued. See mesh deprecation for more information.

The Xenon is a low cost mesh-enabled development kit that can act as either an endpoint or repeater within a Particle Mesh network.

Equipped with the Nordic nRF52840, the Xenon has built-in battery charging circuitry which makes it easier to connect a Li-Po battery and 20 mixed signal GPIOs to interface with sensors, actuators, and other electronics.

The Xenon is best for connecting sensors, motors, pumps, valves, and points of data-interest. Pair it with an Argon or Boron gateway to get all that great data into the Device Cloud.

The Xenon Kit comes with the following things:

1. Set up your Xenon

The Xenon is no longer supported by the mobile apps and if you choose to use the Xenon you will need to set it up using USB, and can only use Device OS up to 1.5.2. Later versions of Device OS do not support the Xenon.

Now that your Xenon is connected to Device Cloud, you can write some code in the online Web IDE and send new code to your device to run.

To program your Xenon, open a new browser tab and go to the Web IDE. You will see a layout like the image below. 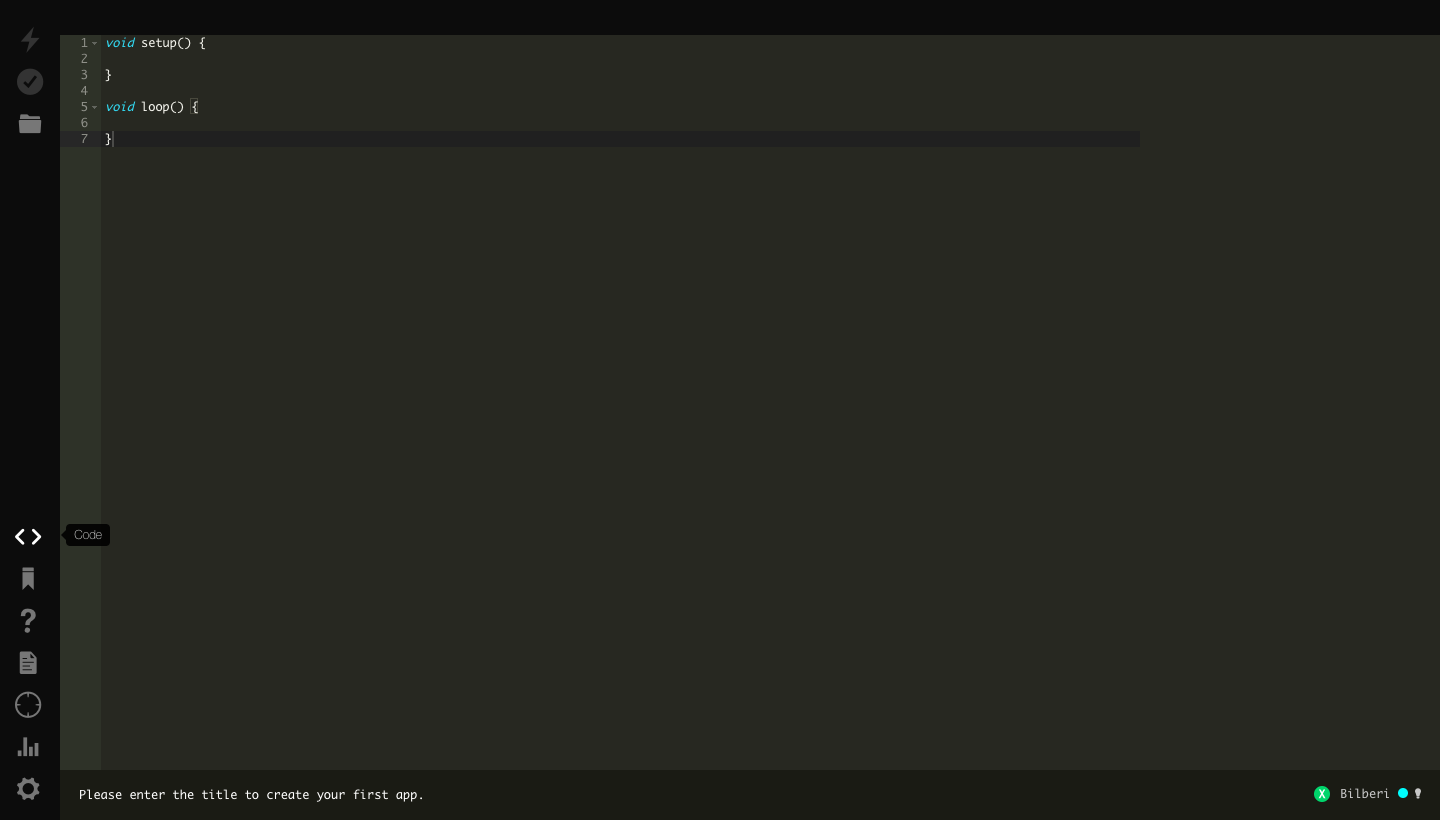 The Web IDE is one of the ways you can write, compile, and deploy code to your Particle devices.

Be sure to select Device OS 1.5.2. Later versions cannot be used with the Xenon.

If you're looking for a more traditional embedded development experience, be sure to learn about Particle Workbench, a full toolchain integration with Microsoft Visual Studio Code. 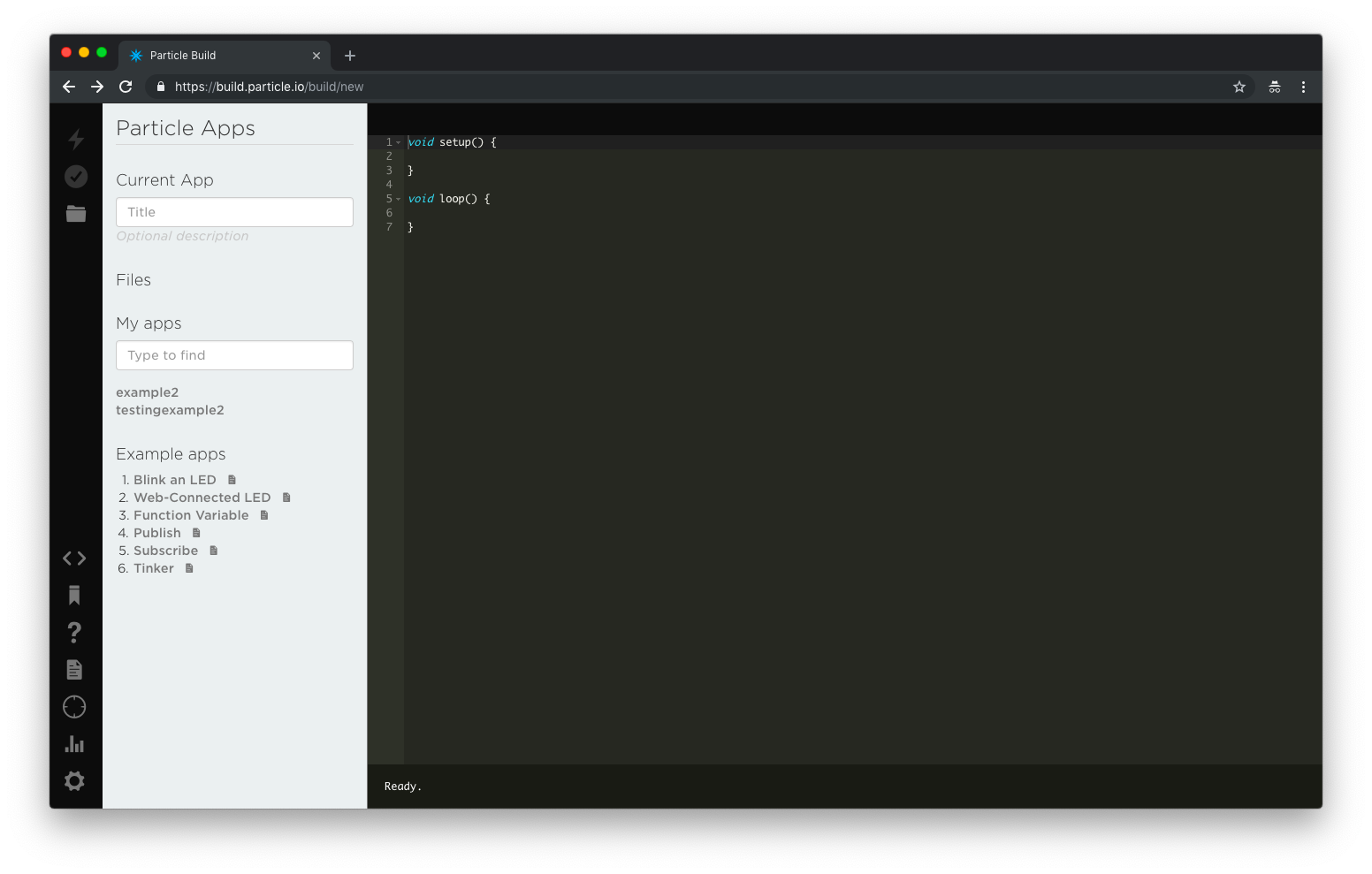 Click on Blink an LED on the left side of the page. As soon as you click the Blink and LED code will load and fill the screen as shown below. 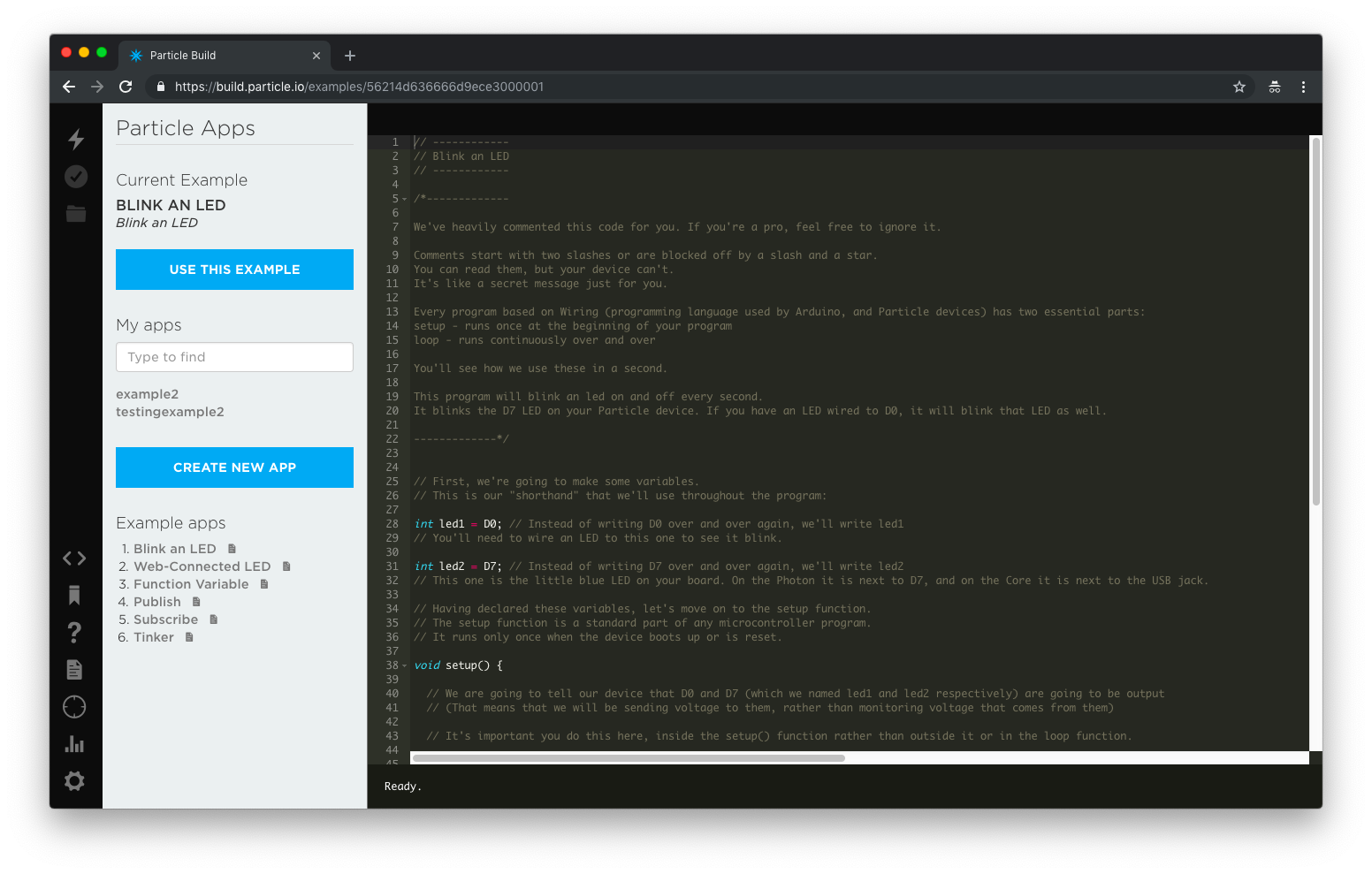 The code is heavily commented to help you understand the general structure of the sketch: the first part of the code declares two variables, the setup() function configures two pins as outputs, and finally the loop() which turns the onboard LED on, then off, then loops continuously.

The Web IDE can be used with multiple devices. As such, when you go to compile source code, it's a good idea to verify that the device you are intending to program has a gold star to the left of its name in the Devices tab (circle with 4 lines).

Click the lightning bolt icon on the top left of your screen to flash your code to your device.

As soon as you click, the Particle Device cloud will compile the program source code to a binary file and send it over-the-air (OTA) to your Argon.