One convenient way to connect sensors and small displays is using I2C, the Inter-Integrated Circuit bus also known as I2C, pronounced "eye squared see," or sometimes IIC. This bus uses two bi-directional data lines (SDA and SCL), and often includes power (either 3.3V or 5V) and ground. You can connect multiple sensors to a single I2C bus, with some limitations, depending on the sensor. It's also easy to daisy-chain sensors, connecting multiple sensors to a single bus, one after the other.

Sparkfun created a standard for using I2C at 3.3V with a small, standardized connector, and created dozens of boards to this standard called Qwiic. Adafruit has joined them making compatible boards and connectors under the STEMMA QT name.

The Qwiic page in the documentation has more information on various options available. 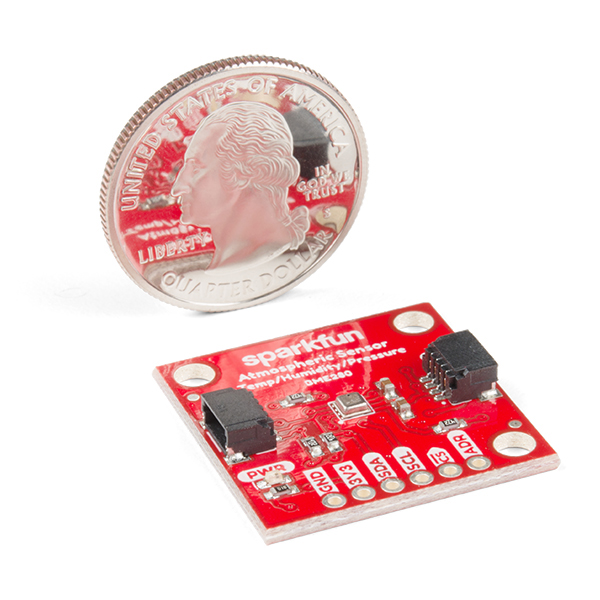 Ncd created a similar concept using I2C running at 5V, using a slightly larger connector called nodeLynk I2C. These are incompatible with the Sparkfun Qwiic and Adafruit STEMMA QT devices, but may be useful in some cases.

The ncd shields for Particle Gen 3 devices have the necessary I2C level shifting as the Argon and Boron do not support 5V I2C on the SDA/SCL pins, but the shield has the necessary conversion. Do not attempt to connect 5V I2C directly to D0 and D1 using direct wires as you will damage the Argon or Boron!

Also, ncd has a large selection of relay boards for Particle devices.

Seeed Studio has the Grove line of expansion boards. They all have the same four-pin connectors, however, there is different functionality depending on which port you are connected to:

Some evaluation boards, including the E Series and B Series SoM, include Grove connectors. 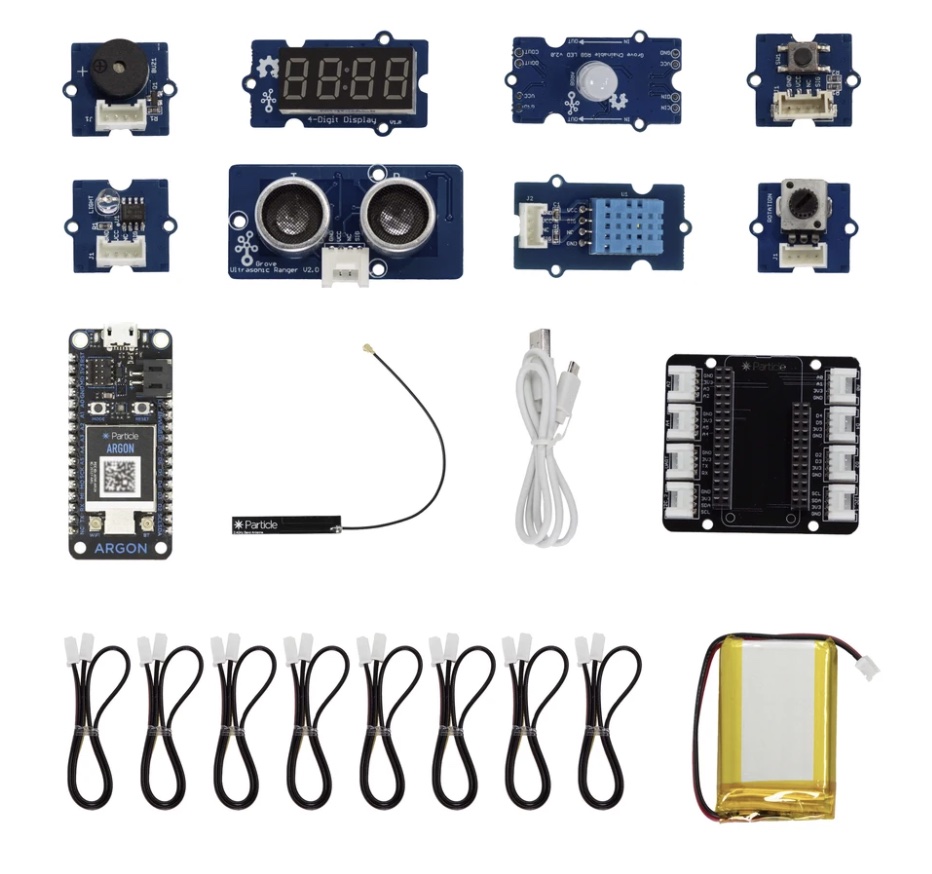 One common method of prototyping is to use solderless breadboards.

While some chips are still available in DIP (dual in-line package) form, you will often use a breakout board. Adafruit and SparkFun have a large number of breakout boards with sensors, displays, and more. Most are compatible with Particle devices. Most sensors designed to work with Arduino devices either will work out-of-the-box or require minor modifications to the software libraries.

There are also a large number of breakout boards for popular devices available on Amazon, eBay, and AliExpress. These are of variable quality, but are often very inexpensive and will often work as well.

This is an Adafruit BME280 breakout board, the same sensor as in the Sparkfun Qwiic picture, above. 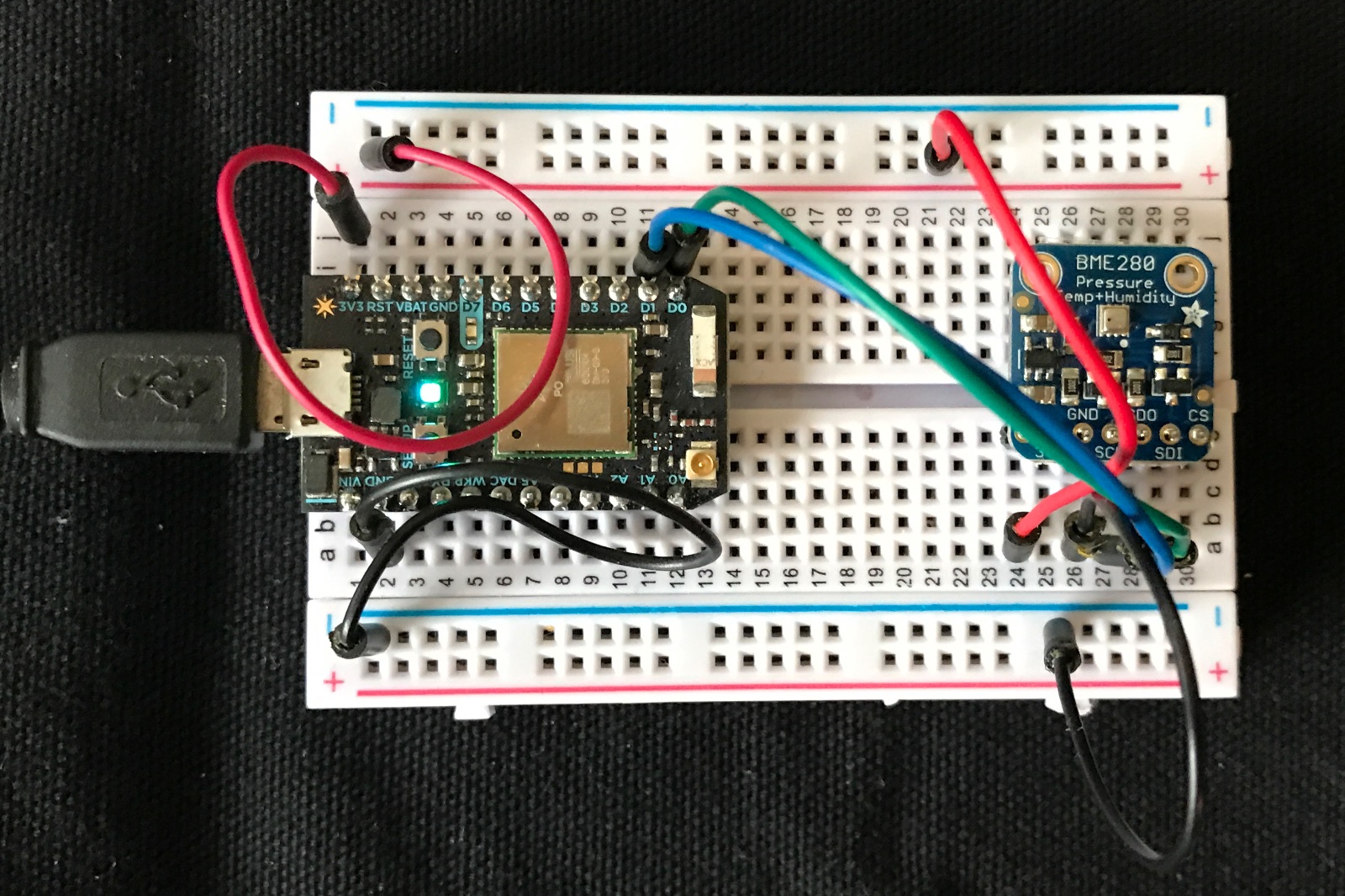 MikroElektronika has a collection of base boards and small accessory boards, Click, that connect by the mikroBUS.

The mikroBUS includes I2C, SPI, serial, analog input (ADC), GPIO, PWM, and interrupts. A click shield available for Particle Gen 3 Feather (Argon, Boron) devices, as well as one for the B Series SoM. 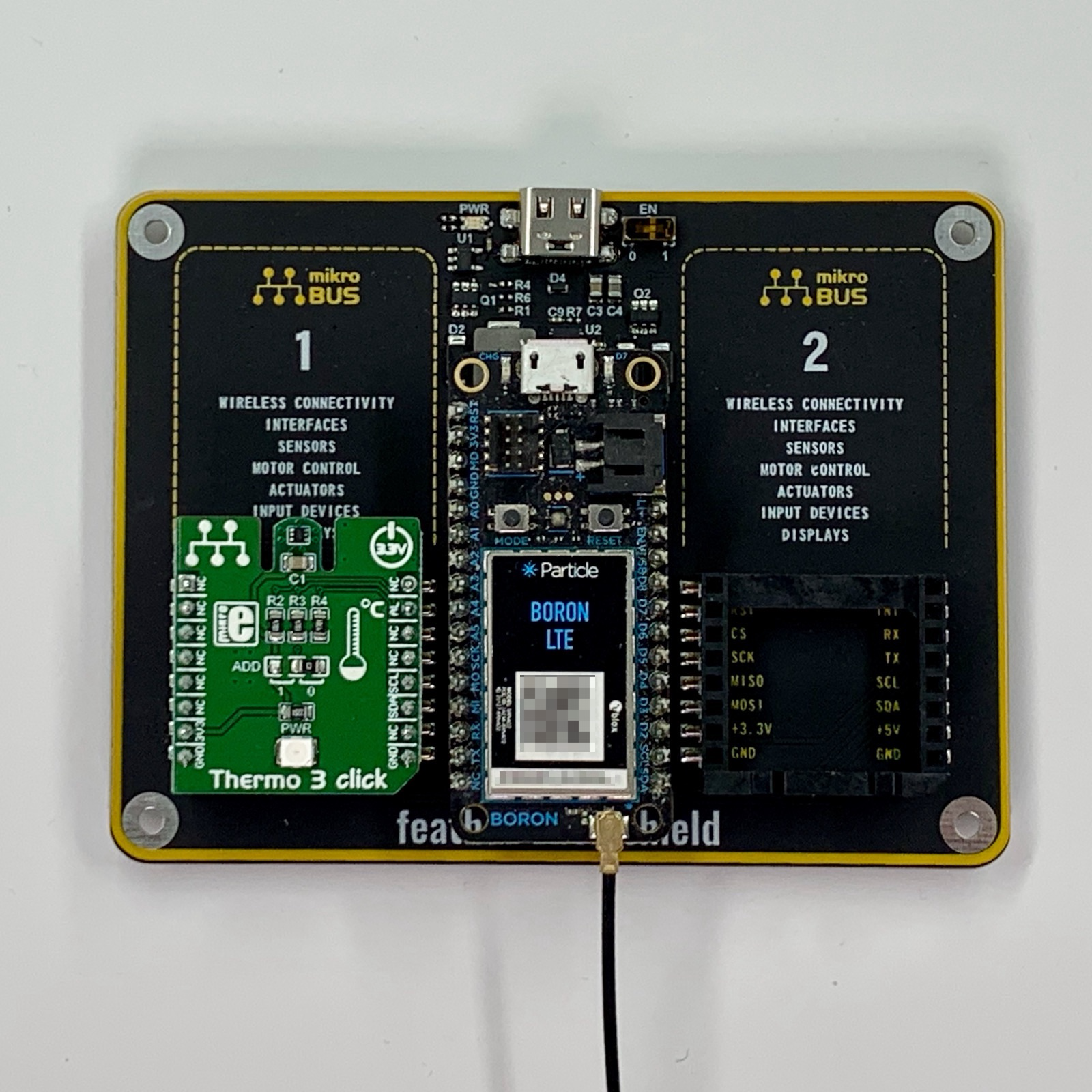