The Tracker One M8 connector only has three available pins for GPIO, and two of them are shared with serial and I2C. By using an external MCP23008 I2C GPIO interface, you can add many more GPIO pins.

The nRF52840 MCU GPIO is 3.3V only, and is not 5V tolerant. You can use the techniques in this application note to interface with 5V GPIO with true 5V logic levels.

The MCP23008 allows the pins to be configured for input, input pull-up, or output. In input mode the pins are high-impedance (Hi-Z) so you can use that to implement open-collector style output as well. 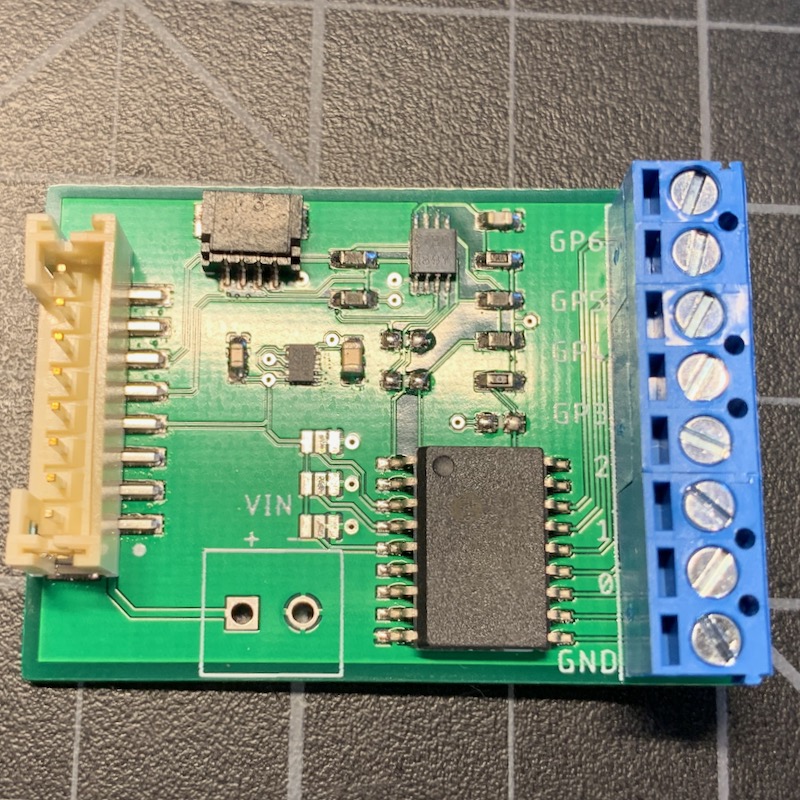 AN027 Tracker Button and LEDs shows how to connect add a push button, two LEDs, a buzzer, and a 5V I2C port for the SHT30 temperature and humidity sensor to the Tracker One using the M8 connector. 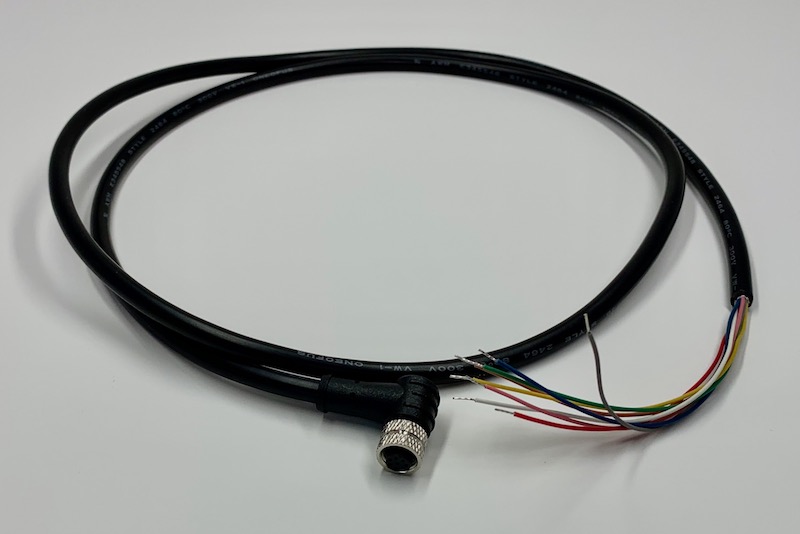 This example design is intended to be a prototype for illustration purposes only. It includes the same B8B-PH connector that is inside the Tracker One on the Tracker Carrier board. This connector is inexpensive and can be attached to the Tracker One Carrier Board or an eval adapter using an easy-to-build PHR-8 to PHR-8 cable: 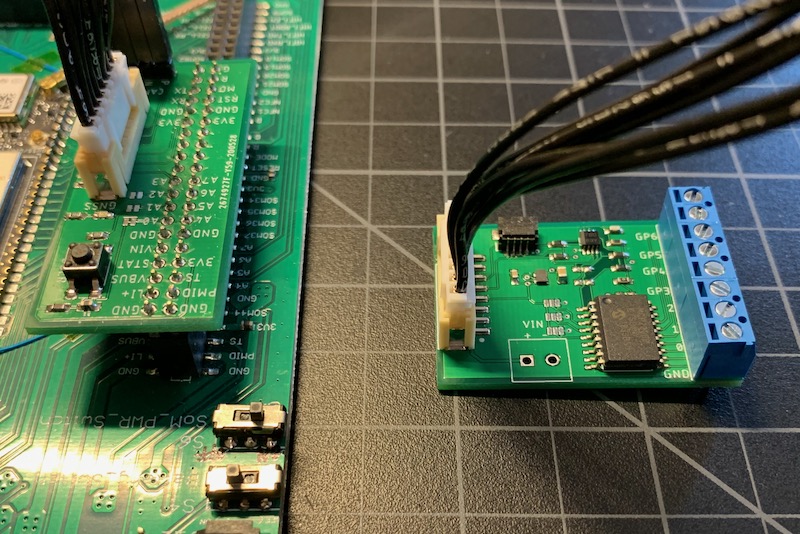 If you are interested in prototyping designs intended to connect to the Tracker One M8 connector, but want to do it using the Tracker SoM Evaluation Board, you may be interested in this project. It's only a set of design files, BoM, etc. and you'd need to fabricate the board and build it yourself; it's not available as a finished product. It also explains a bit more about how the M8 connector can be used. 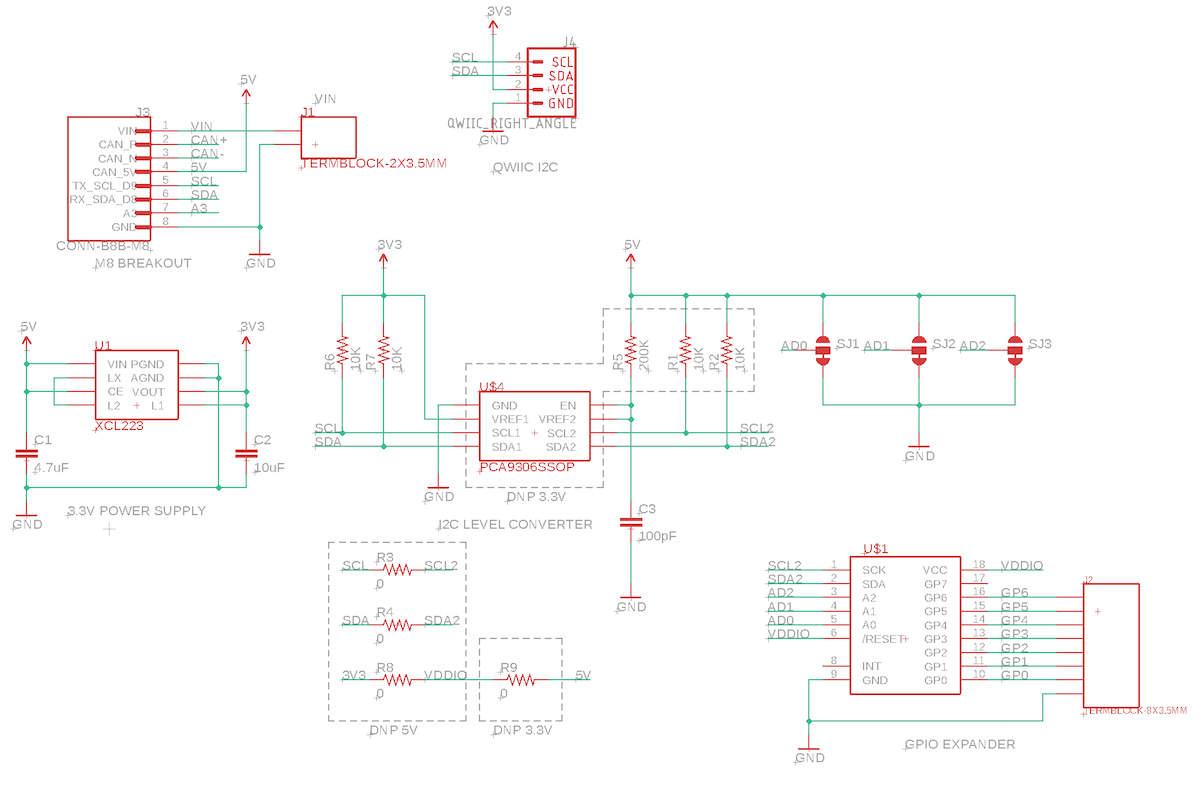 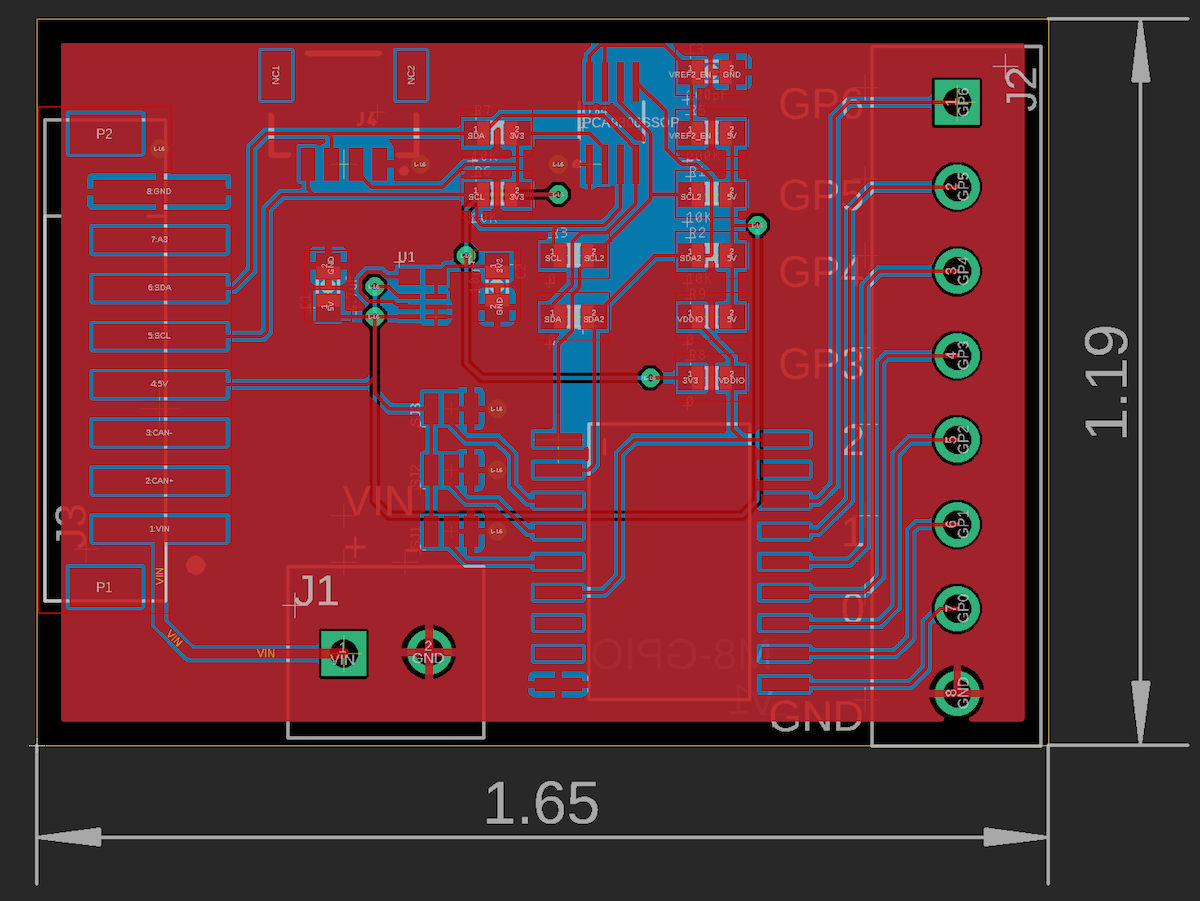 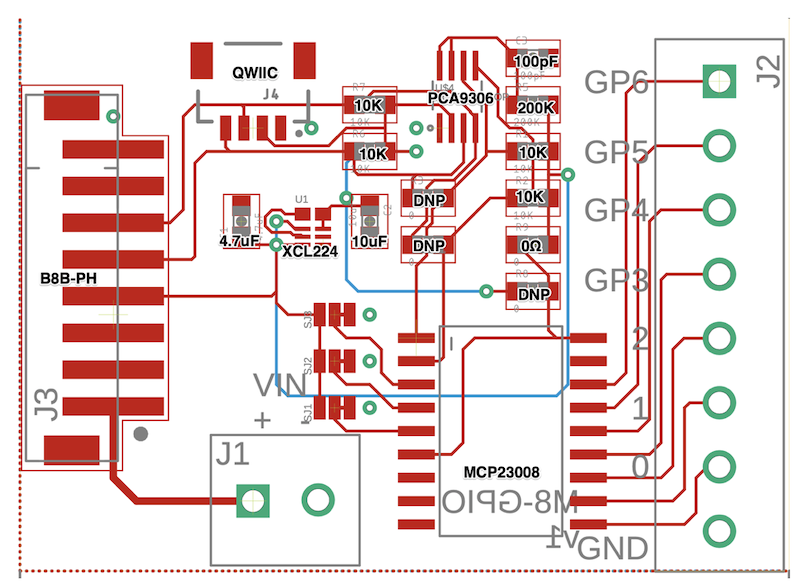 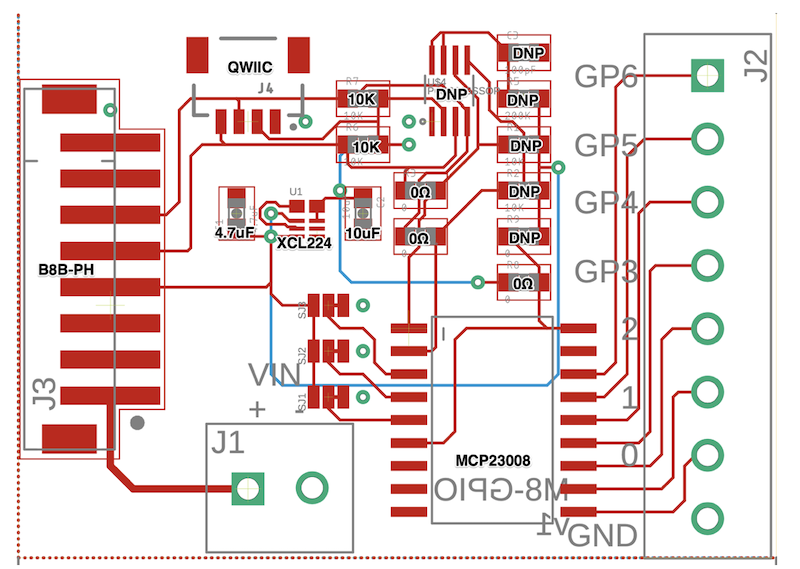 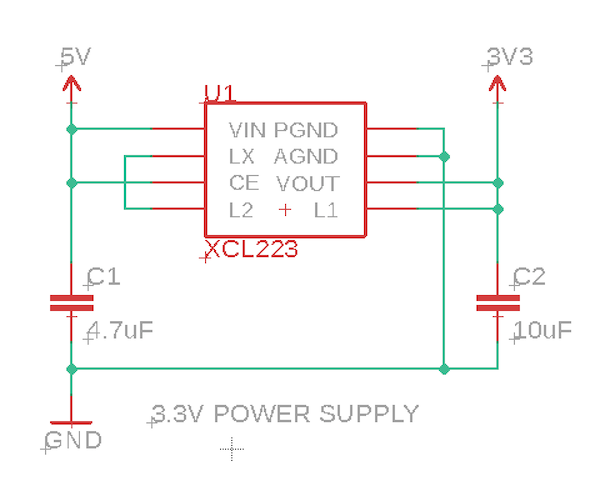 Note that even when running with 5V GPIO, a 3.3V regulator is still required to supply the 3V3 side of the PCA9306 I2C level shifter as the nRF52 requires 3.3V GPIO and I2C.

The XCL224 is tiny and is somewhat prone to solder bridges. When doing initial testing of the board I power by the B8B-PH connector using a bench supply so I can monitor the current easily. 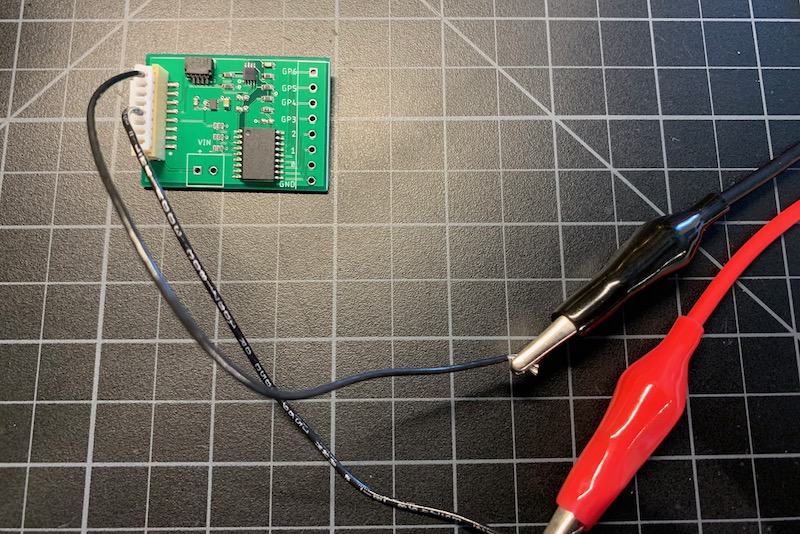 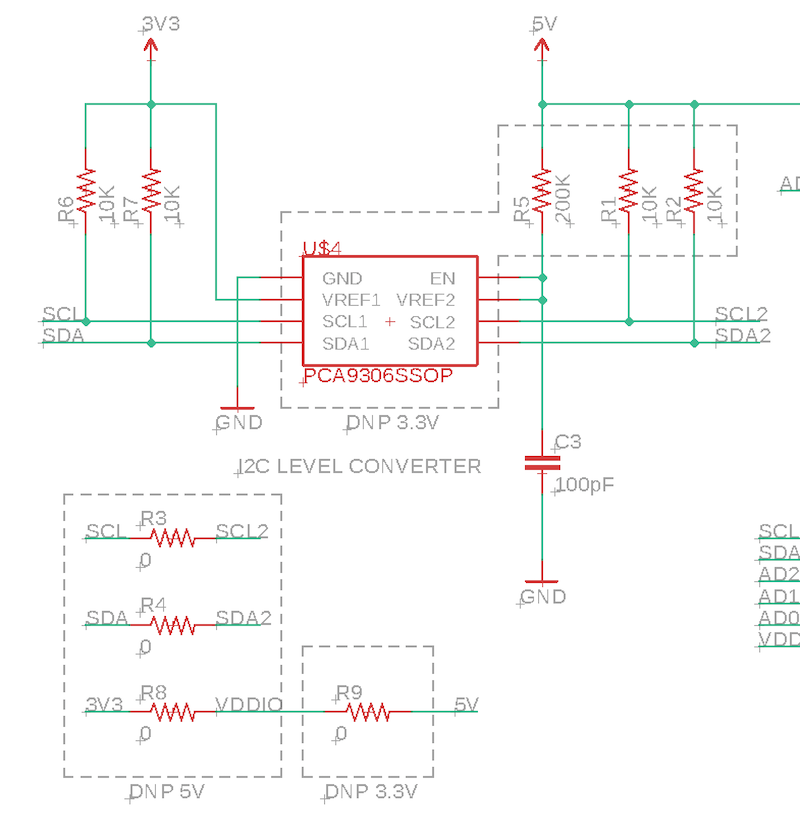 If we want to run the GPIO at 5V, this requires an I2C level shifter.

To get around this issue, we use a PCA9306 I2C level-shifter. This converts between 3.3V and 5V logic. Note that I2C is bi-directional on both pins (SDA and SCL), so you can't just use a simple level-shifter.

When running the GPIO at 3.3V, the PCA9306 and some other components are omitted and three 0-ohm resistors are populated to connect the I2C busses without the PCA9306 and power the MCP23008 at 3.3V.

The MCP23008 is the I2C to GPIO interface chip. It can be run at 3.3V or 5V. The GPIO pins GP0-GP6 are connected to a screw terminal header, or can be soldered directly to leads. 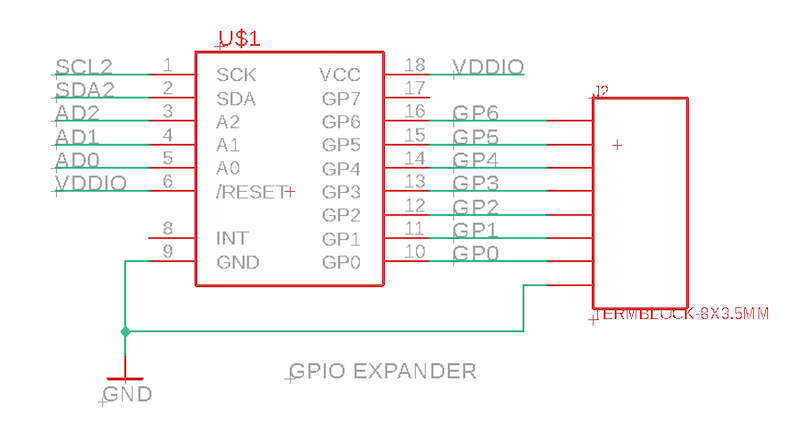 While this design uses the 18-SOIC version of the MCP23008, the AN018 Tracker Level uses the 20-QFN-EP package which is smaller. The capabilities and software are the same for both chips.

This board includes a Sparkfun Qwiic connector. This allows other I2C devices to be easily chained off this board. This is handy for testing and prototyping, but is not necessary for a production device. You can find out how using Qwiic can make prototyping new sensor designs quick and easy on this page.

From the command palette in Workbench, Particle: Install Library then enter MCP23008-RK.